We all had a particularly good nights' sleep and were ready for the last and most symbolic day.  The trail ascends wild desert hills to the hilltop suburbs of Bethlehem through Beit Sahour to Manger Square and the Basilica of the Nativity where our journey ends and the Christian faith began.  The views E over the Dead Sea to Jordan's Mountains of Moab and Mount Nebo were superb, birds of prey drifted on the thermals and a few camels wandered the hills.  It just seemed timeless and in keeping with our last day together, until the separation barrier and the Israeli settlements which imprison Bethlehem come into view and reminded us of the realities of the 21st century. 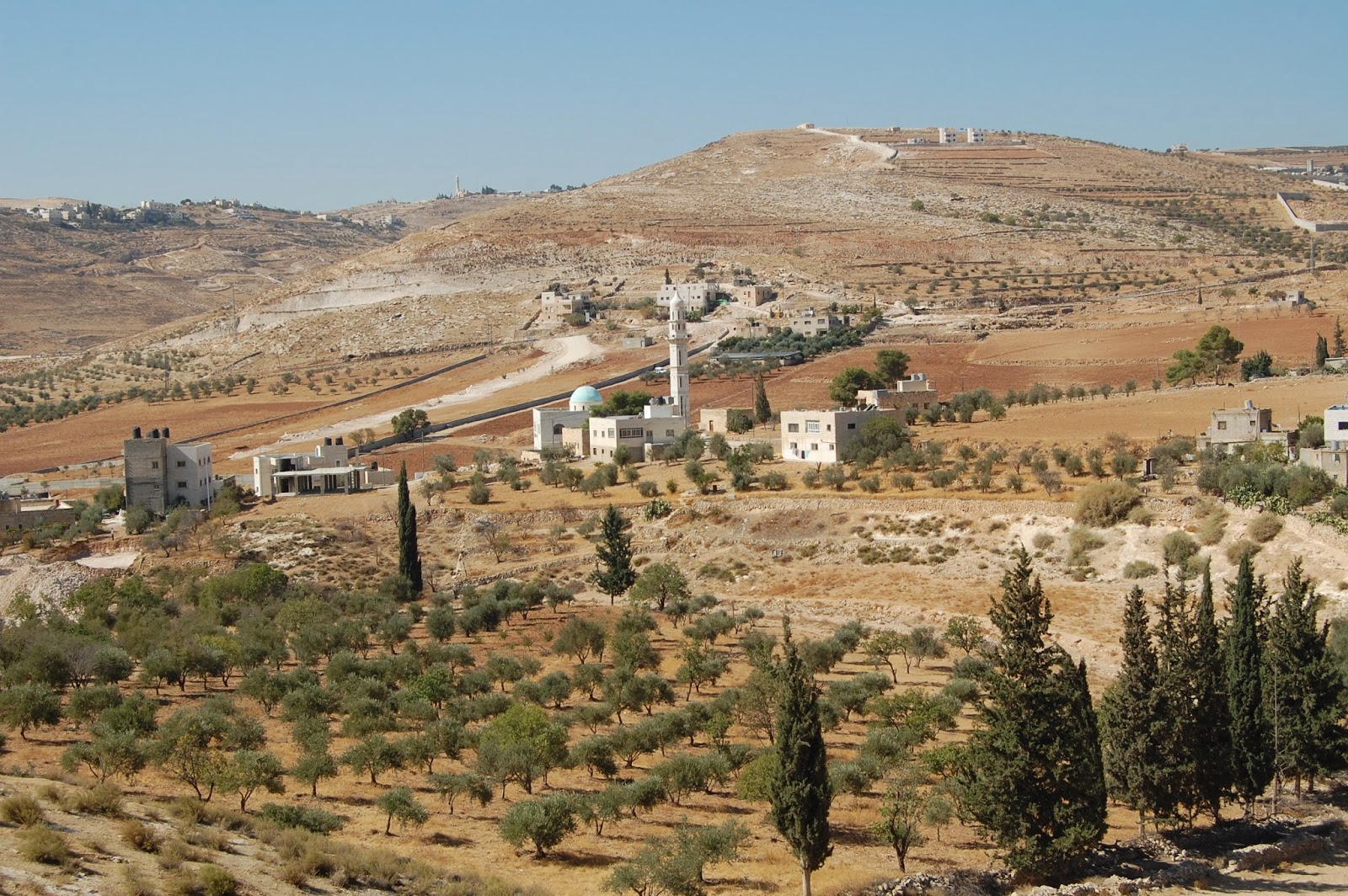 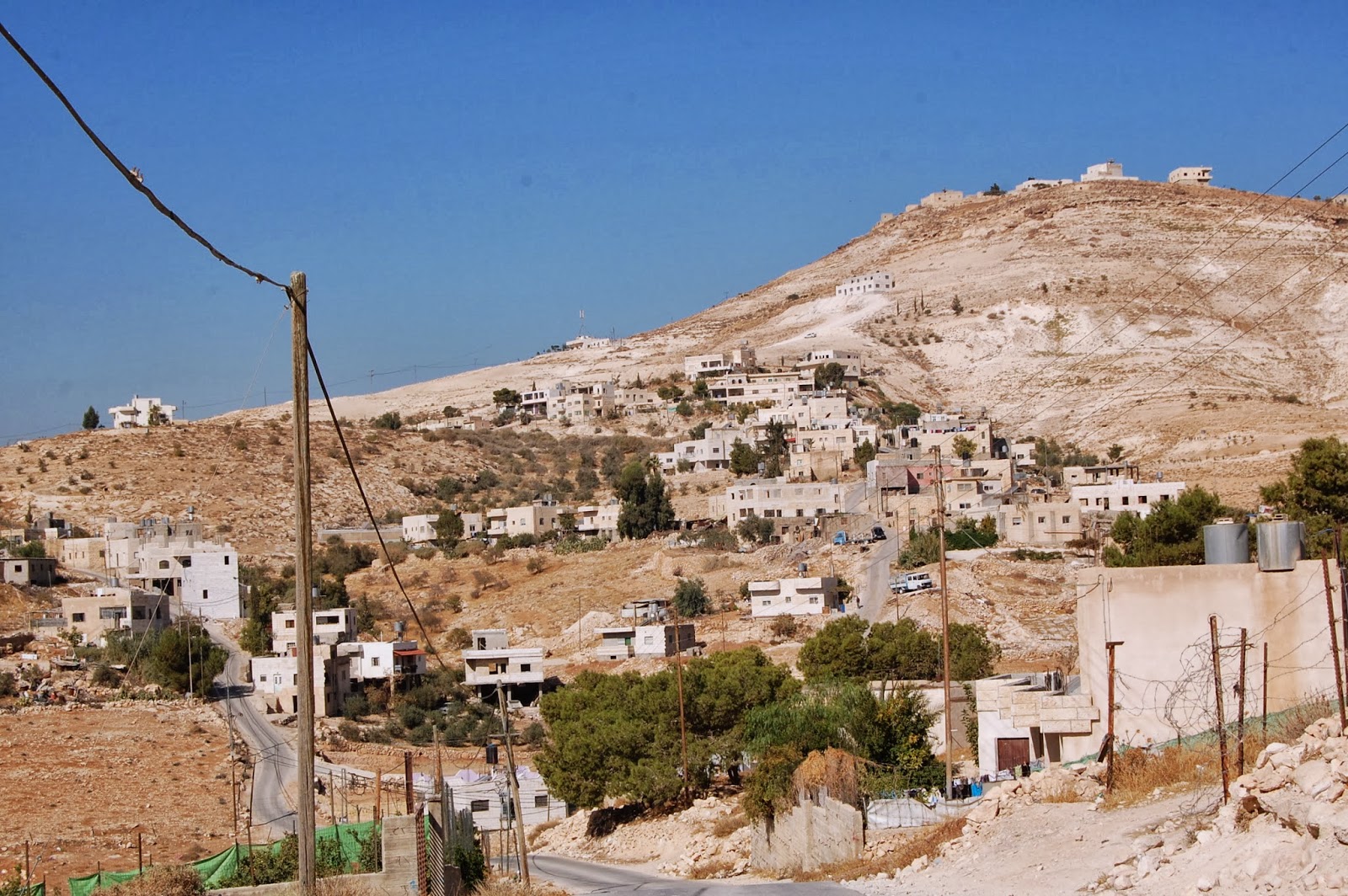 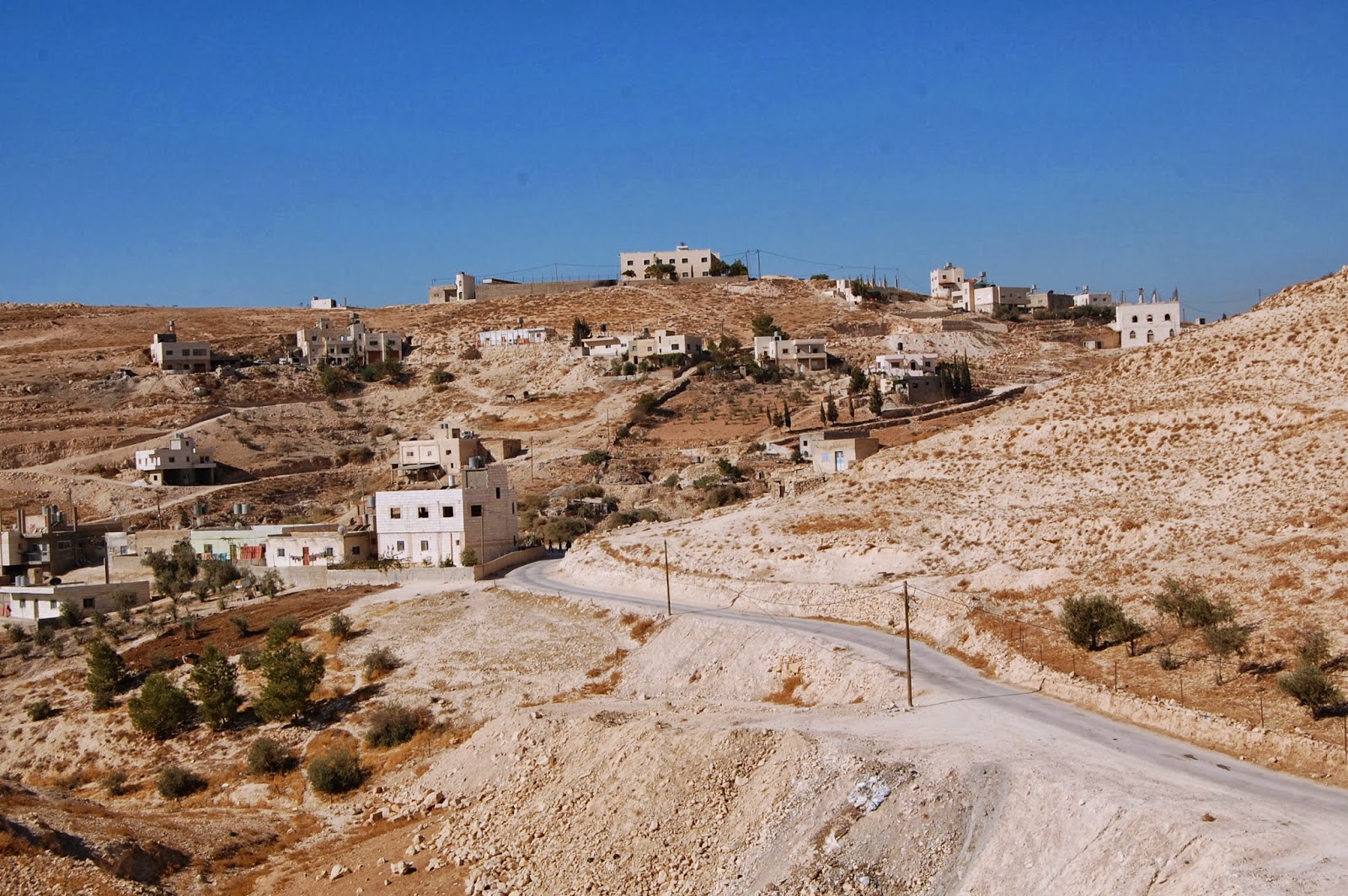 And so journey's end - The Basilica of the Nativity.
﻿
﻿
The 6th century Basilica of the Nativity, parts of which date to the church built by
St Helena in 326 AD, is one of the oldest complete churches in Christendom and almost indisputably marks the site of Jesus’ birth.  In 135 AD Emperor Hadrian ordered a Temple to Adonis to be built over the Cave of the Nativity in order to 'wipe it out'.  When the Roman Empire became Christian and Helena Augusta, mother of the emperor, ordered that a church be built over the spot, the cave was found to have been preserved underneath the pagan temple.  Through later historical periods, the sanctity of the place was respected, in part because for Muslims Jesus is an important Prophet.  The Church was inscribed on UNESCO's World Heritage list in 2012 and is currently undergoing a major restoration.
﻿
﻿
When I was here as a volunteer in 2011 I would stop to visit and explore the Church most evenings as I walked 'home', long after the tourists had fled back to Jerusalem - clutching their bargain olive wood mementos bought at the shop owned by their guide's cousin, relieved that they had not been kidnapped by Islamic terrorists and grateful that the queue to visit the grotto was less than 2 hours.  The silence, the candle light reflecting off the gold and silver and dancing on the icons, the mystery and aura was palpable.
Sadly today the Basilica felt nothing more than a noisy crowded tourist attraction.  Nevertheless we each had our own thoughts and reason for being here, the last 10 days had been very, very special and a few beers together at my favourite bar in Manger Square provided a very appropriate 'Ice Cold In Alex' ending.
*The fourteen pointed star inscribed Hic de virgine Maria Jesus Christus est  (Here Jesus Christ was born of the Virgin Mary).  The fourteen points represent the number of generations separating Adam from Abraham, Abraham from King David, King David from the exile in Babylon, and the Babylon exile from the birth of Christ (Matthew 1.1-17,)