In his book Palestine Walks, Raja Shehadeh contrasts bucolic walks in the Palestinian countryside with the realities of living under occupation.  Today could have been a chapter from his book.
Driving out of the city and through the seemingly deserted Hawarra checkpoint*, once the most notorious in the West Bank, the service-taxi dropped us off at Awarta and we were soon climbing up to Ain Olim (Spring of the Camel). 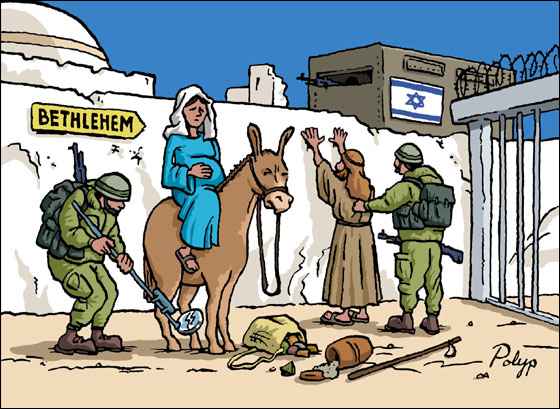 As we circled Mount Urma we could see illegal settlements on neighbouring hilltops.
Families from a nearby village were harvesting their olives and we were invited to share their breakfast while Habib brewed the chai nana (mint tea).


We arrived in Aqraba where we saw the village olive press in action and enjoyed a lunch at the Women's Community Centre.


The politics of the landscape changed rapidly after lunch.  Illegal settlements dotted the parched hilltops.  The land below, under threat of confiscation, lay fallow.  A crop of wheat had been burnt by settlers before it could be harvested.  It was a spectacularly bleak landscape. 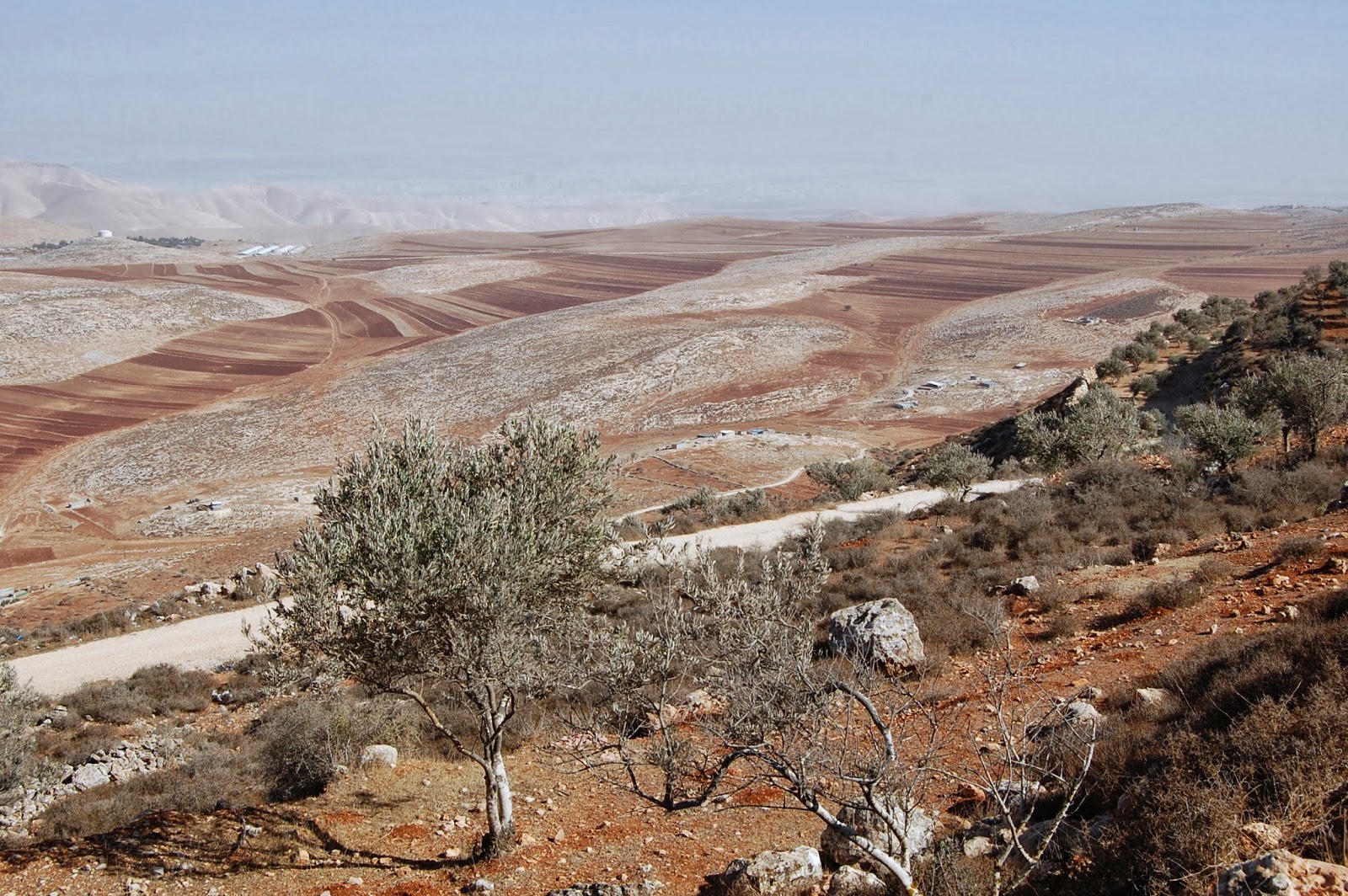 As we approach the hill-top village of Duma (population 3,400), with its fine mosque, we got our first glimpse of the Bethlehem wilderness stretching out towards Jericho and the Dead Sea.


For the last two days we have diverted a little from the 'Bethlehem 2000' route and maintained an illusion of 1st century travel, but Duma and the surrounding area brings home one of the major issues in the Israeli-Palestinian conflict - land.


Duma village lies within Area C** and the Eastern Segregation Zone*** making the village and the surrounding area vulnerable to further expropriation by the Israeli government at any moment.  Since 1967 Israel has been using its leverage over Area C to loot and confiscate Palestinian owned land in order to accomplish its major plan of controlling the Eastern Segregation Zone. http://www.bbc.co.uk/news/world-middle-east-24802623   For Israel the zone constitutes a defence shield for its future border on the Jordanian side, on the other hand, it imposes facts on the ground in the long term so it would be impossible to withdraw from it in any negotiations with the Palestinians.  For that reason, Israel works in a systematic approach in that zone to take full control over the area by building new settlements and expanding existing ones, erecting outposts and establishing military bases for its army.


*Nablus however is clearly surrounded by razor wire and checkpoints and can be very quickly isolated.
**under full Israeli military and civil control
***eastern part of the West Bank